The Balad of Buster Scruggs

With a starloaded cast, this series of stories is a very intruiging one. Though it starts indeed with The Balad of Buster Scruggs, it continues with other ones. The Coen brothers have known how to tell the stories very well. The first one, of Buster Scruggs, reminded me of House of Cards (the giving attention to the audience) and a bit of Ewan McGregor in Moulin Rouge. This has nothing to do with the setting, but since it’s put up a bit clownesque, and I’ve never seen that actor sing, so there was a surprise. There’s a few Tarantino-like scenes in there, which I loved so very much.

This first two stories have something of dark humour in them, the rest lives mostly of atmosphere. They are not ‘quick’, or immediately obvious. All of the stories know how to grab your attention by the balls, but none of them every bore. By the time it could become boring, it’s changed into something else already.

I enjoyed watching this film very much, even though I’m not that much of a cowboy story lover. There’s nonsense to be expected and to be enjoyed.

Posted by MaLadeVr on November 21, 2018 in Films, Humour, Opinion, Uncategorized

This week I stumbled upon a stunning story, where a lawyer had pleaded how the way the rape victim was dressed, got him to think: she wants ‘it’.
I come from the Netherlands, where this type of nonsense was settled years ago in court, when a judge simply stated, that even if the victim was wearing a short skirt or dress, this was not to be considered an ‘open invite’ of sorts.
It is becoming more and more ridiculous, the way that men and court are making women having to proof how they were a victim of a terrible crime, rather than to be someone who ‘asked for it’.
Then I watched a film from a couple of decades ago. I had never seen it before, but I was known with the concept itself: strong man sailing/conquering the world, suddenly gains stowaways, nearly always women and children. The journey always goes that the child messes up everything that is dear to the man, the woman always tries to make man think differently, in the end they cannot live without one another.

Given that as of late, women and men are more and more puzzled by how come men and youngsters think so badly about women, I do think I’ve found my answer.
Nowadays, films and series are at least making an attempt of making everyone equal within a storyline. But the woman being an emotional burden on whatever man she meets, is still there.
Then, we also have cultural differences.
On twitter I saw a source (I’m quoting them, but am not sure they want their name in my piece, so I’m leaving that out) ‘One finding from PhD is that whilst the family is seen as the most important support network for a woman after rape&abuse, they are actually the most common source of victim blaming and self blame. Despite the blame they induce, they are still the first port of call for support’.
This makes me think about many girls and women of religious faiths, who are, on a daily base, told how to think, dress and act. If they do not obey to these rules, or something happens, they are still found to be at fault, as their religious believes usually don’t leave any space for doubt about that.
As a Moroccan-Dutch journalist wrote a while ago: ‘we have #metoo aswell, but unlike others whom this happens to, we cannot talk about it, because it is ALWAYS someone we know’. When I read that, I wanted to pull my hairs out, as I thought: wow, you REALLY missed the entire point?! The thing that #meToo showed, once and for all, is that no matter what culture you’re from, it IS always someone you know.
The difference between cultures is the blaming. In all cultures, women are doubted. In some cultures, women are told on a daily base they’re a whore if they don’t wear that headscarf, if they eat a cucumber, a carrot, a banana or whatever in front of a man.
In western culture, women are far more emancipated than men from other cultures had anticipated on. The difference shows: headscarves vs no headscarves. A difference that we’ve learned to accept, even though it goes against our principles of a woman being free to do whatever she pleases.
So far, I have mostly seen that the mindset that comes with it, is not upgraded to the western values though. That you are a worthy woman. If you say no, it’s no. You are worthy, you are equal to men.

Related to the #meToo subject: my book:

Posted by MaLadeVr on November 19, 2018 in Daily life, Promoting

Posted by MaLadeVr on November 9, 2018 in Humour, Opinion, series 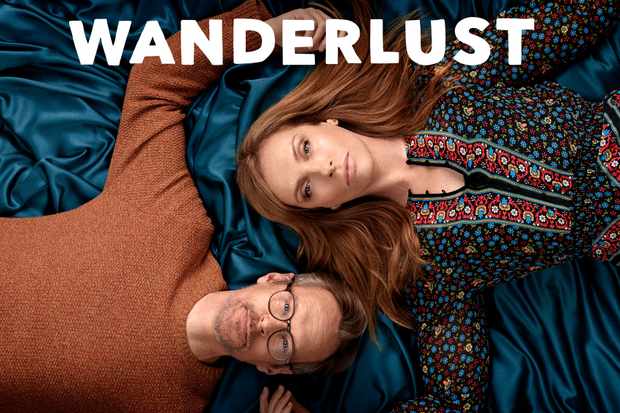 With Toni Colette, Steven Mackintosh, Zawe Ashton, Emma D’Arcy and many others.

I’d read that Wanderlust could have easily been a spinoff of sorts of Love Actually. After watching it, I can’t quite confirm this.
It’s far too American for this to be true. It’s far too unfunny. They’ve kept far too many unnecessary, dull moments in there.

Joy and Alan are a generally happy couple, but when it comes to sex, they’ve been out of it. They do no longer enjoy the idea of it. Not together.
Joy has had an accident, which has made it particularly painful for her, whilst Alan has simply sort of wiped it from his memory. When they try, he needs to have a lot of confirmation that what he’s doing is actually enjoyable. When Joy doesn’t, he can’t do it anymore.
Frustrating for the both of them.
So Joy offers an alternative way of doing things, after Alan confesses he has kissed with someone and enjoyed it. The moment that this happens, his hypocrisy clearly shows, by the way. Joy tells him so. I did like that very much.

But to be fair, Joy being a therapist is the thing that keeps most of this series so incredibly boring. It is supposed to add to the story, to give it an extra dimension. To me it did not. I skiphopped through those scenes. Only one of them I truly watched, at the end, and that was the only part I needed to see. More than half of it could have been cut out and for me, that would not have made the story less understandable or relatable to anyone. It’s mostly looking for reasons why behaviour is acceptable or not, under certain circumstances.

Toni Colette is the biggest star in the whole, obviously. I have always been surpised how she never ended up more in thrilling stories suchs as The Sixth Sense. Toni Colette can do anything, ace as she is with acting with her eyes, complete facial expression, her entire body. Just for her I could watch this entire series. Their son and eldest daughter do the rest. The way they experience their steps into adulthood are very interesting.
I couldn’t get along with Alan or with their middle daughter. I thought Alan was an sad, ugly, prick. I couldn’t wrap my head around why on earth Joy wanted to be with him at all, nor why Claire would bother herself with him. This could be something personal from me. He isn’t Bill Nighy, even though -given the Love Actually intention- he is made to look sort of like him. Naomi’s storyline is, somehow, not properly set up. It doesn’t show exactly why she makes the choice that she does. The unexperienced son and gay daughter are far better portrayed.

In the end it’s not too bad, but you will be severely bored at times. Still, it’s Toni Colette, so not a bad watch altogether.

Posted by MaLadeVr on November 2, 2018 in Opinion, series, Uncategorized